What is a Capital Gain and How is it Taxed? 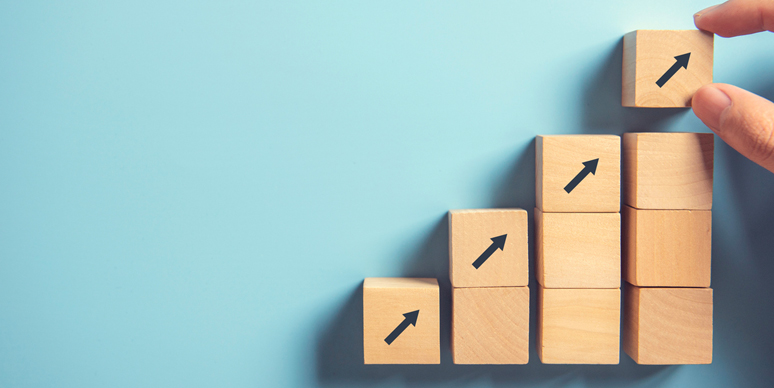 Prior to 1972, capital gains on the disposition of property were not subject to tax pursuant to Canada’s Income Tax Act (ITA). Over the last 44 years, Canada’s Department of Finance, pursuant to its objective of taxpayer fairness, has introduced various tax measures impacting the reporting and taxation of capital gains, such as:

• Defining what portion of a capital gain would be taxed (ie. capital gains inclusion rate)

• Special rules for certain types of property such as a Principal Residence, Personal Use Property, and Listed Personal Property

• The introduction of, and changes to, the Lifetime Capital Gains Exemption (CGE) for individual taxpayers on the sale of qualified small business corporation shares and qualified farming or fishing properties

• How capital gains are calculated given the nature of the property.

A history of the taxation of capital gains

The ITA does not define “capital gain.” To report a capital gain, the property disposed of, or deemed disposed of, must be capital in nature. However, “capital property” is also not defined in the ITA, and the determination of whether a receipt is on account of capital or income is dependent upon the nature of the property and the manner in which the taxpayer holds the property.

While taxpayer intent – what was the primary purpose behind the taxpayer purchasing the property – is always a key determinant, the following guidelines are used by CRA and the courts when evaluating a particular transaction to determine if the taxpayer should report on account of capital or income:

• Period of ownership – short versus long term. The latter lends itself to capital if a particular property is purchased and held over a long period of time by the taxpayer.

• Frequency of transactions – regularity of similar type transactions versus a single, one-time transaction. The former is more likely to be considered on account of income by way of business or the adventure in the nature of trade – a regular, business transaction.

• Relationship of the transaction to the taxpayer’s ordinary business or income. A stockbroker, who on a daily basis researches his positions and trades securities, may report such dispositions on account of income, whereas a client of the stockbroker, who is medical doctor, may sell a particular security that had been held for three years and report such a disposition on account of capital.

• Improvement and supplemental work on the property to position for sale or to retain over a longer period. If improvements are made to capital property to prolong its overall use or period of ownership, such expenditures lend themselves to being on account of capital.

A common analogy that tax advisors use to differentiate a capital versus income property is a fruit tree – the tree itself is capital property, it is bought infrequently and held for a long period, it is not an asset a fruit farmer regularly buys and sells. If the tree or orchard is sold, it is on account of capital. Meanwhile, the fruit borne by the tree annually is an income receipt that a fruit farmer regularly generates on account of income, business or adventure in the nature of trade, not on account of capital.

Let’s take a look at certain tax concepts and tax legislation as it applies to clients who hold investments in open, non-registered accounts.

Today, if a client disposes of a particular security held on account of capital, the capital gain – proceeds of disposition less the adjusted cost basis – is included for income tax purposes at 50%. Capital gains are reported on Schedule 3 for individual taxpayers, Schedule 6 for corporate taxpayers and Schedule 1 for trusts.

A capital gain is simply proceeds of disposition (POD) received less adjusted cost basis (ACB) paid by the taxpayer. However, sometimes there are adjustments to POD and ACB that need to be considered. Here are a few adjustments clients should consider as it relates to investment securities held in open, non-registered accounts.

• Identical property – properties that are the same in all material aspects, so that a prospective buyer would not have a preference for one as opposed to another. To determine which properties are identical, it is necessary to compare the inherent qualities or elements that give each property its identity.

When determining the capital gain from the disposition of Canadian securities, the identical property rule is taken into account when calculating the ACB of units sold using a weighted average cost.

• Commissions paid to brokers relating to the disposition of a particular security position are, again, on account of capital. As this expenditure relates to the disposition of capital property, it is not an income deduction, and reduces the POD received from the securities. Once again, a commission is not to be confused with advisory fees relating to the provision of investment counsel.

Gifts of publicly traded securities to charities are included at 0% (as opposed to 50%) for taxable capital gain purposes – thus any inherent capital gains triggered when securities are donated in kind generate a $nil tax liability. As well, the donor receives a charitable donation slip representing the FMV of the securities donated. When evaluating a client’s philanthropic wishes, a gift of securities is often a preferred method.

For example: Mrs. Anderson wants to donate $10,000 to her local hospital, a Canadian charity where she has worked as a volunteer for a number of years. Mrs. Anderson calls her advisor to sell securities to fund the donation. She currently has several mutual funds that have significant accrued gains. For the purposes of this example, Fund A has a FMV of $20,000, and an ACB of $12,000. If you were Mrs. Anderson’s advisor, what would you suggest?

As Mrs. Anderson would have to dispose of additional units of Fund A to cover the tax liability resulting from her disposition if she chooses to donate cash, it is recommended she donate the units in kind – it is a more tax-efficient manner to support her philanthropic intentions.

For individual taxpayers, where securities have been donated in kind, the disposition is not reported on Schedule 3 Capital Gains (or Losses) for (Taxation Year), but is reported on form T1170 Capital Gains on Gifts of Certain Capital Property.

From a foreign exchange perspective, any additional income/expense or gain/loss resulting from a foreign exchange component is linked with the resulting transaction. Meaning, if a security purchased and disposed of in a foreign currency is treated on account of capital, any additional gain or loss from the disposition from foreign currency is also treated on account of capital.

The reporting of capital gains by Canadian mutual fund investors

All Canadian mutual fund investors (individuals, corporations and trusts) should be aware that there are two levels of capital gains reporting – gains that are reported at the fund level, and then those that are triggered by the investor.

As well, for non-registered accounts, clients who redeem or trigger a disposition of units or shares will need to report the disposition and the resulting capital gain (or loss) triggered on their respective annual tax return. Such transactions occur when units or shares are redeemed for investment counsel fees, to rebalance the client’s portfolio to align with their investment policy statement, or if the client redeems or withdraws cash, triggering a redemption.

Investors in segregated insurance funds should note that both fund and investor level capital gains (and losses) are reported on the T3 collectively, while mutual fund trust and corporation dispositions by an investor are normally reported on a capital gain or loss summary on year-end statements.

This communication is published by CI Global Asset Management (“CI GAM”). Any commentaries and information contained in this communication are provided as a general source of information and should not be considered personal investment advice. Facts and data provided by CI GAM and other sources are believed to be reliable as at the date of publication.

You may not modify, copy, reproduce, publish, upload, post, transmit, distribute, or commercially exploit in any way any content included in this communication. You may download this communication for your activities as a financial advisor provided you keep intact all copyright and other proprietary notices. Unauthorized downloading, re-transmission, storage in any medium, copying, redistribution, or republication for any purpose is strictly prohibited without the written permission of CI GAM.

Tax and Estate Planning for Your Two Spouses

In a recent article, I wrote about the importance of correctly reporting marital status on personal tax returns. The Canada Revenue Agency (CRA) is keenly interested in marital status as certain benefits (including GST/HST credits, Canada child benefits, child-care deductions and eligible dependent claims) are calculated based on this status. However, marital status extends beyond the task of checking a box on a tax return; it can play a role in deeper tax and estate planning scenarios.

How Does the CRA Define Your Relationship?

Marital status options for tax filing. Canada’s tax system requires every individual to file an income tax return for the year, even if they are married or living in a common-law relationship. Canada does not have joint married or common-law partner returns.
view all